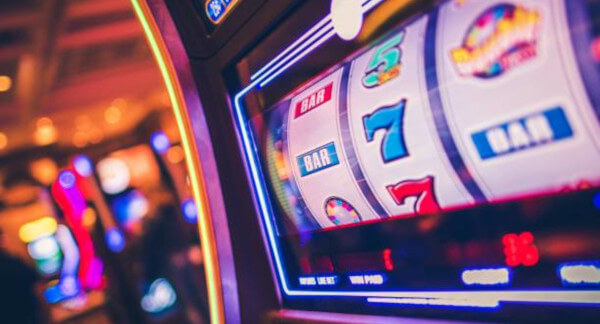 One of our country’s favorite pastimes is gambling. It’s thrilling, it gets our adrenaline pumping, and there’s always the chance that we’ll win a lot of money. A thousand people were asked in a recent poll, “What is the most realistic way to become wealthy?” More than a quarter of those polled said they would “win the lottery.” Take a look at this graphic from the Wall Street Journal, which shows our growing proclivity for placing bets and hoping to win big:

Most of these various types of gambling have grown at a fairly steady rate over the last few decades. A gambler’s mindset can explain a lot about how the majority of people invest their money. We enjoy taking risks that have the potential for a large payoff and almost instantaneous results. Most people find it difficult to be patient and slowly accumulate wealth. We live in a society where it is either now or never. These figures are certainly strange, but they are not surprising.

The amusing anecdote below is from The Success Equation and discusses the “skill” required for a man in Spain to win the lottery: In the mid-1970s, a man looked for a lottery ticket with the last two digits ending in the number 48. He won the lottery after finding and purchasing a lottery ticket. When asked why he was so determined to find that number, he explained, “I dreamed about the number 7 for seven nights in a row.” And 48 is the product of 7 multiplied by 7.”

I suppose there are times when being lucky outweighs being good. Another example of why bothering with mathematics is pointless (I only half-joke about this). I recently discovered another fascinating lottery fact. Wired magazine claims the following: The lottery system in North America generates $70 billion in annual revenue, making it a larger industry than the markets for movie tickets, music, and pornography combined. Despite the fact that roughly half of the population has played the lottery at some point in their lives, only about 20% of Americans buy the vast majority of lottery tickets.

According to a 2006 survey, thirty percent of individuals who had not completed high school believed that playing the lottery was an effective way to build wealth. Lotteries offer a source of hope for a small investment of a few dollars at a time, and households earning less than $12,400 per year spend an average of 5% of their income on lotteries. These statistics are a regrettable result of this country’s inadequate financial education.

This is not meant to be a rant about the numerous reasons why people should avoid purchasing lottery tickets or engaging in other forms of gambling. Gambling is frequently pleasurable. Blackjack is one of my favorite casino games to play.

You are free to continue gambling for entertainment purposes, but you should only bet the amount of money that you are willing to lose completely. If you bet more, you are essentially squandering your money because the odds are stacked against you. You should keep playing the lottery once a week with your “favorite” numbers if it gives you a sense of accomplishment and satisfaction. Just don’t assume it’s a surefire way to increase your wealth. It’s a low-probability event with a very high payoff potential.

In the End, It Comes Down to Probability.

When one thinks about it, the most common paths to financial success are winning the lottery, starting a successful business, or investing in the stock market or other financial markets.

Because I think in terms of probabilities, I’ll give you some interesting odds of success in various wealth-building strategies: The following are the odds of winning the Powerball lottery: 1 in 175,000,000 Slot Machine The homeowner has a 6.58 percent advantage in roulette. 5.26 percent house edge

In blackjack, the house has a 0.50 percent advantage.

It is estimated that between 50 and 70 percent of all small businesses fail within their first 18 months of operation. The likelihood of achieving financial success through stock market participation is: 53.0 percent daily, 62.1 percent monthly, 67.9 percent quarterly, 71.8 percent annually, 94.1 percent over 10 years, and 100.0 percent over 20 years.

We’re all aware that winning big at the casino or lottery is a long shot, but the potential payout is much higher if you’re successful. Another area where the odds are stacked against you is when you attempt to start your own business. However, if you are successful, this endeavor can be extremely rewarding and lucrative. Building wealth through careful and consistent saving and investing can take a long time, but your chances of success increase as the amount of time you have available to save and invest increases. There will be volatility, but stocks have historically outperformed every other type of investment over the long term. Here is what Warren Buffet has to say about the challenges that stocks have faced in order to reach this point:

“The stock market news will be favorable in the long run.” In the twentieth century, the United States of America experienced two world wars as well as several other traumatic and costly military conflicts. They also experienced the Great Depression, a dozen or so recessions and financial panics, oil shocks, a flu epidemic, and the resignation of a disgraced president. Regardless, the Dow rose from 66 to 11,497 points.

Long-term investing is not a glamorous or exciting way to accumulate wealth, and it is not a process that can be completed overnight. Perseverance, self-control, and the ability to strike a balance between immediate needs and long-term goals are required. If you stick to your strategy, you’ll be pleasantly surprised by your “winnings.”