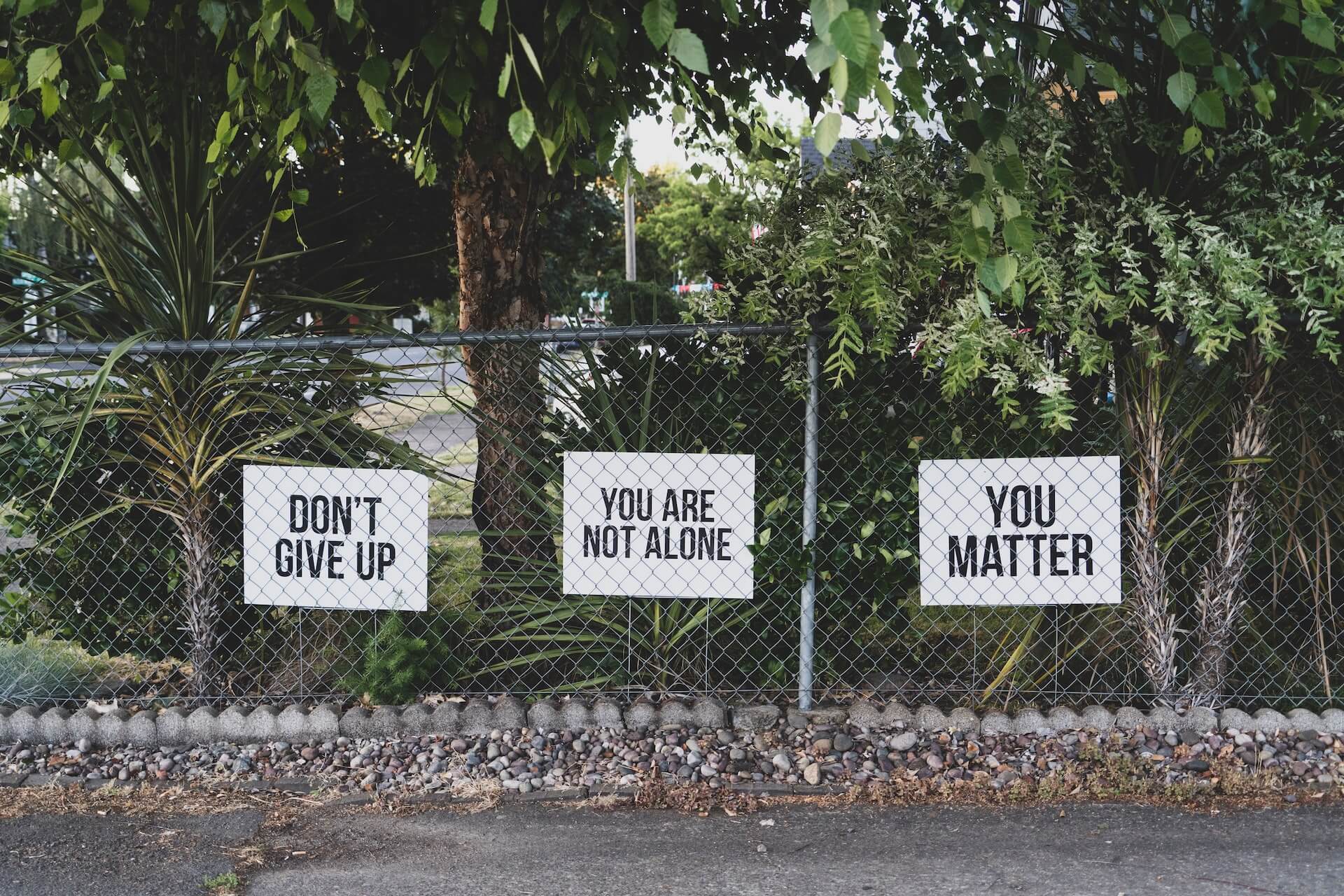 I became infected with the coronavirus a few months ago, and the first symptoms I experienced were physical. When the sore throat and cough subsided, I was left with feelings of depression, lethargy, and brain fog for about a week. Because an infection in my body had morphed into a brief experience of depressive and cognitive symptoms, there was no clear line separating my physical and mental health. There was no distinction between my physical and mental well-being.

Millions of people around the world who have had more severe or prolonged mental health outcomes as a result of coronavirus infection will find my story unsurprising. It adds nothing to the mountain of evidence pointing to increased post-Covid rates of depression, anxiety, and cognitive impairment. Given the growing body of evidence indicating that inflammation of the body caused by autoimmune or infectious disease can have effects on the brain that look and feel like symptoms of mental illness, this finding should come as no surprise, even theoretically.

In reality, medical doctors who work for medical services treat patients for physical diseases, whereas psychiatrists or psychologists who work for separately organized mental health services treat patients for mental illnesses. Each of these professional tribes has its own training and career path. Medical professionals, for example, frequently specialize to focus solely on a single part of the body, whereas psychiatrists treat mental illness without much consideration for the embodied brain on which the mind depends.

We live in a world that is incorrectly divided, with an overly strict line – or a false distinction – drawn between a person’s physical and mental health. The line is not as strictly enforced as it was when “lunatics” were sent to remote asylums. Despite the fact that patients on both sides of the divide suffer negative consequences as a result of the distinction, it maintains a stronghold.

At the very least, a 55-year-old woman with arthritis, depression, and fatigue and a 25-year-old man with schizophrenia, obesity, and diabetes have one thing in common: both will likely struggle to obtain integrated medical care for their body and mind. Despite the fact that psychological symptoms in patients with physical disease are frequently ignored, they have the potential to impair patients’ ability to function. Because of the physical health issues they face, people who suffer from major psychiatric disorders have a life expectancy that is approximately 15 years lower than those who do not suffer from these conditions.

Why are we still using such a disjointed and inefficient system?

I’ll focus on two explanations for the current situation, one from each camp, namely psychiatrists and medical doctors.

The problem that the medical community is facing is that we simply do not know enough about the biological factors that contribute to mental illness to make a profound and significant integration with the rest of medicine possible. Psychiatry is falling further and further behind more technologically advanced subspecialties, such as oncology and immunology; it will not be possible to integrate it into clinical settings until it catches up in theory.

To which I would respond, yes and no: yes, greater detail about biological mechanisms for mental symptoms will be critical to the future fusion of mind and body medicine; however, no, that is not a sufficient defense of the status quo, not least because it ignores how far we have come in making biomedical sense of illnesses like schizophrenia.

We were aware that schizophrenia runs in families when I first started my career as a psychiatrist, which was around 30 years ago. However, the specific genes that confer inherited risk have only recently been identified (within the last 5-10 years). MRI scanning studies have shown conclusively that schizophrenia is linked to structural changes in the brain.

Previously, we did not fully comprehend this association

We were puzzled by the fact that the risk of diagnosis was higher among young adults born during the winter months, when viral infections are more common; however, we can now see how the mother and child’s immune response to perinatal infection could disrupt the synaptic pruning process, which is critical to the development of brain networks throughout childhood and adolescence.

The psychiatric community is concerned that the personal and social context of mental illness will be overlooked in the pursuit of an all-powerful molecule or some other biological mechanism at the root of it all. That would be a dead end, but it’s unlikely to be a destination in the first place.

We have known since Freud’s time that childhood experiences can have a significant impact on the mental health of adults. There is now a mountain of epidemiological evidence indicating that social stress in general, and early childhood adversity in particular, are reliable predictors of both mental illness and physical disease. The claim that this doesn’t matter can only be made by a delusory biomedical extremist. The question that remains is how early exposure to adverse conditions such as poverty, neglect, abuse, or traumatic events can have such a long-term impact on a person’s health many decades later.

Sigmund Freud responded that traumatic memories are deeply embedded within one’s unconscious mind. One more recent explanation is that social stress can literally “get under the skin” by rewriting the script for genetic blueprint activation. This is a more accurate account of what occurs. When young rats are denied maternal affection or are subjected to aggression, long-term changes in their brains and behaviors occur. These modifications are caused by molecular changes known as epigenetic marks. Similar mechanisms could biologically embed the negative effects of early-life adversity in humans, exacerbating inflammation and steering brain development in directions that lead to future mental health problems.

At this point, these hypotheses are just plausible theories based on animal experiments, rather than facts in patients. However, they have already stated that this is not a winner-take-all game. Exploring the biological mechanisms that underpin mental illness does not imply that we should disregard or discount our understanding of the social factors that contribute to its development. The anxious anticipation of such a binary choice is a symptom of the compartmentalized thinking that we must abandon.

What kinds of changes in the world would we expect to see if we were finally able to eliminate the unjust hierarchy that exists between our mental and physical health?

Rather than further establishing specializations, there will be an increase in the number of educational and career opportunities for psychiatrists and physicians. Diagnostic labels, which are categorically prescribed by the Diagnostic and Statistical Manual of Mental Disorders (DSM), will be reformulated in terms of interactions between biomedical and social factors that cause mental symptoms. This is to account for the fact that mental symptoms can be caused by a variety of factors. Rather than attempting to suppress symptoms by administering a “one-size-fits-all” treatment regardless of the cause, new treatments will be developed to address the physical causes of mental illness, which are expected to be numerous and variable between patients. If we have a better understanding of the physical roots of mental health disorders, we should be able to predict and prevent them much more successfully.

As a result, both physical and mental health outcomes will improve for the patients

Because of the increased availability of integrated specialist services for both physical and mental health, such as the new hospital for children and young people that we are planning to build in Cambridge, body and mind will be able to receive treatment under the same roof for the first twenty years of a person’s life. There will be more opportunities for people with lived experience relevant to the investigation of links between physical and mental health to co-produce research.

However, the stigma may have the greatest impact of all

People suffering from mental illnesses frequently feel shame or guilt. These emotions are an added burden, a meta-symptom imposed by the culturally imposed false dichotomy between physical and mental health. Without it, the stigma associated with mental illness should begin to fade, just as the stigma associated with epilepsy, tuberculosis, and other previously unknown disorders has faded as the causes of those disorders’ physical manifestations have become better understood.

In the end, envisioning a better future for both mental and physical health is much easier than for either one separately.