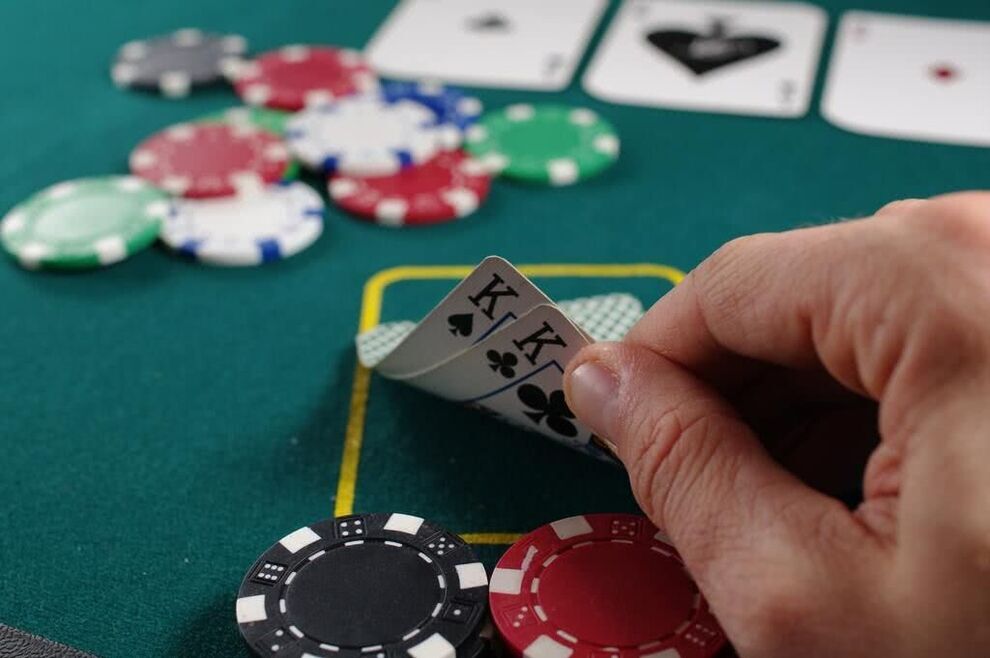 This page serves as an introduction to the game of Pai Gow Poker as well as a tutorial for beginners on how to play the Pai Gow Poker strategy component. I intend to write more articles about Pai Gow Poker in the future, articles that will go into greater detail about the game and the strategies associated with it.

The modern card game known as Pai Gow Poker was inspired by the ancient Chinese domino game known as pai gow. On the surface, there are some similarities between the two games, but don’t get them mixed up; they are two completely different games.

How to Play the Pai Gow Poker Game

Pai Gow Poker is always played with a deck of 53 cards, which includes a regular 52-card deck plus one joker that serves as the game’s wild card. The goal of the game is to have a better hand than the dealer to win. Each player in Pai Gow Poker is dealt seven cards at the start of the game. Each player then uses the seven cards to create two poker hands, one with five cards and the other with two cards.

The dealer will also rearrange her hand so that she has a two-card hand and a five-card hand, but she will use no strategic thinking during this process. She follows a set of rules referred to collectively as “the house way.” (Can you see how similar this game is to blackjack?) The player’s goal is to win BOTH hands; if she succeeds, she will win even money after deducting a 5% commission.

If a player wins one hand but loses the other during the same round of play, it is considered a push, and her bet is returned to her. One of the rules that every Pai Gow Poker player must follow is that they are not allowed to arrange their two-card hand in such a way that it becomes a stronger hand than their five-card hand. This rule only applies while players are arranging their hands. If a player’s hands are arranged in this manner, it is considered a “foul,” and the player will automatically lose the game. Even though it violates the rules, it is not considered cheating; rather, it is a stupid way to lose money while playing Pai Gow Poker.

Another peculiar aspect of Pai Gow Poker is that each player can play the role of the banker. If a player chooses to play banker, she must not only have enough money in her bankroll to cover the bets placed at the table, but she must also arrange her cards in the “house way.” However, because the option rotates around the table clockwise, a player cannot choose to bank on every hand. The vast majority of players are no longer actively seeking the role of ba anker.

According to the Wizard of Odds, in a game of Pai Gow Poker, the player who knows how to correctly arrange her cards has a 2.73 percent lower chance of losing money to the house. Because the banker’s house advantage is only 0.20 percent, it is in your best interest to play the banker whenever the opportunity arises. Pai Gow Poker is a pretty good casino game in terms of percentages, especially when you consider that the overall house edge for the game is only 1.46 percent if you play the game for a long enough period of timeperiod and always choose to be the banker.

How to Play Pai Gow Poker and Maximize Your Hands

If you want to learn the ins and outs of the proper Pai Gow Poker strategy, get a copy of Stanford Wong’s book Optimal Strategy for Pai Gow Poker. It will give you a lot of specific information. He goes into great detail about each scenario’s mathematical aspects and how to determine the best course of action.

Visit Michael Shackleford’s website and simply copy the “house way,” even if you are the one playing the game. This is a different option. That link, known as the “Wizard of Odds,” can be found in the paragraph preceding the very last one. On the other hand, when playing Pai Gow Poker, I prefer the strategy of applying some level of thought to each hand. Even if I use perfect strategy, I’m still playing a game with a negative expectation, so I don’t see the point in changing my approach just because it isn’t always the mathematically correct one.

Arrange the cards in your hand so that you can have the best two-card hand possible while avoiding having a two-card hand that is better than the five cards you have.

When you think about it, you’ll realize that this makes perfect sense. If your two-card hand is going to lose, having a full house for your five-card hand will not help you because you will not win any money despite having a full house. If you have a three-of-a-kind in your five-card hand and a pair in your two-card hand, you will have a better chance of winning money. This is because you will then have the opportunity to do so.

To put it another way, you should not arrange your cards in such a way that it is almost certain you will be pushed. As with the vast majority of casino games, there are additional nuances and specifics to Pai Gow Poker that I could discuss. However, because the purpose of this article is to introduce the game and its strategies, I will save the other details for future articles on the subject.