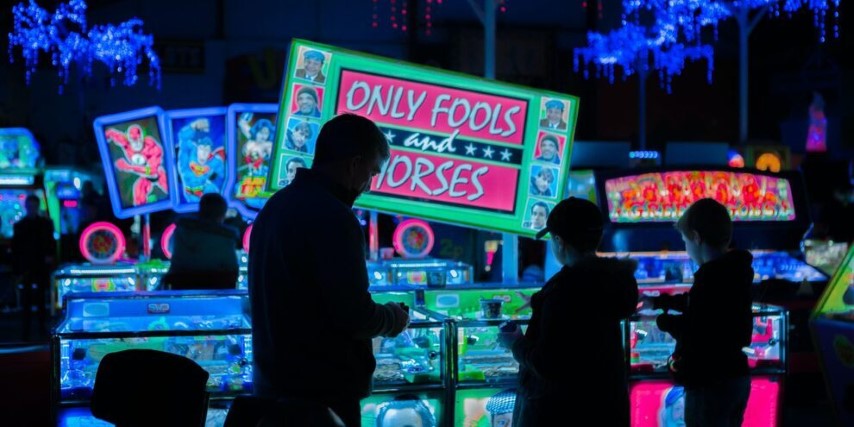 Although everyone has heard of the term “casino,” few realize that it comes from the Italian word “casa,” which simply means “house.” This term referred to a wide range of public buildings open to the public in the nineteenth century that provided a variety of enjoyable activities. Live entertainment, dancing, and gambling are also part of the package. In modern Italian, the word is most commonly used to refer to brothels, while the word “casino,” written with an accent, refers to gambling halls. The same offers have recently become available online, including “live” casinos that employ real people to work the tables. They all have automated card scanners and live streams. More information on this topic can be found by visiting betting.co.uk.

These areas first appeared in the United States in their current form in the late nineteenth century. The Newport Casino in Newport, Rhode Island, built between 1879 and 1881, was one of the first examples of a building built specifically for housing gambling and other games of chance. However, this industry did not take off in the United States until the middle of the twentieth century.

In the 1960s, wealthy businessmen from the United States built hotel-casino complexes throughout Nevada to capitalize on the state’s favorable legal climate for gambling. The number of tourists who visited increased in direct proportion to the number of these available venues. As a result, operators were forced to devise strategies for maintaining player activity on their gaming floors to continue conducting betting activities.

This began with the way they designed their gambling areas, which are typically dominated by games with spinning reels. These products do not differ significantly from the designs of online slot machines.

Floors Intended to Confound and Disorient

Bill Friedman is the current president of the Friedman Management Group, as well as a former professor of casino management at the University of Nevada, Las Vegas. Some of the areas of expertise that this company provides to the hospitality industry include casino design, psychology, management, operations, and marketing.

Friedman is also the author of “Designing Casinos to Dominate the Competition,” which was first published in 2000. He discusses the specific design principles that gambling operators use to keep gamblers on their floors for extended periods. These principles are the result of years of research by him.

It all starts with the construction of a structure that looks like a labyrinth and has the potential to easily confuse visitors. According to scientific research, narrower, winding pathways pique people’s interest in exploring more, whereas expansive lands obscure people’s lines of sight and leave them unsure of where to go next.

Because of the constraints imposed by the buildings, casinos are forced to be creative to design gaming products that also function as walkways. If a player is required to take a long route that is littered with exciting gaming opportunities at each step of the way, he is more likely to try to take advantage of an exciting gaming opportunity or locate a machine that catches his eye.

The use of mazes is always preferable to straight aisles. As a result, short, sharp turns every couple of dozen feet or so are preferred over longer corridors. Furthermore, lower ceilings are preferable to higher ceilings. As previously stated, the goal is to give the players the impression that they are trapped in an environment rife with gambling opportunities.

Using a Playground as a Strategy

Even though many people believe Friedman’s ideas are sound and have proven successful, Roger Thomas, a designer born in Las Vegas, challenges many of Friedman’s theories.

Thomas takes a “playground approach” to thinking, which he describes as follows: High ceilings, glamorous expansive lobbies, and luxurious furnishings are featured throughout this casino design psychology. His strategy is not to overwhelm visitors with options, but rather to give them the impression that they are a significant part of something much larger.

The majority of people who are interested in gambling will tell you that casinos are distinct from other types of hospitality venues in that they lack windows and wall clocks. The reason for this is that gambling establishment owners want their customers to lose track of time, forget about their other obligations, and focus entirely on the games they are playing.

The walls of a casino should not display anything unrelated to gambling or advertising an event that will be held on the premises. The fewer promotional material examples provided, the better. A low level of advertising fosters a sense of intimacy.

The colors velvet red, timid yellow, and warm brown create a warm and inviting atmosphere. Furthermore, they give the impression that it is nighttime and illuminate the area, encouraging players to bet more. As a result, wallpapers in these colors are the most popular among operators.

The stickiness of casino carpets has given rise to urban legends. Despite this, they are a deliberate display of bad taste because the majority of them have rainbow patterns, which subtly plant the idea that the wearer will have good luck. Furthermore, visitors frequently drop drinks and cigarettes. Stains are more easily overlooked on visually busy floor coverings.

Gambling establishments strive to create a welcoming environment by playing pleasant music and pumping pleasant scents through their buildings’ ventilation systems. The presence of all of these things together creates a sense of calm. Princeton University researchers discovered that by using techniques such as dim lighting and music, players’ emotions can be manipulated to encourage them to gamble more.

When customers hear fast-paced sounds, they become agitated and their blood pressure can rise. It may, however, lead to them making decisions on the spur of the moment. This is why some casinos prefer to play classic rock over other types of music.