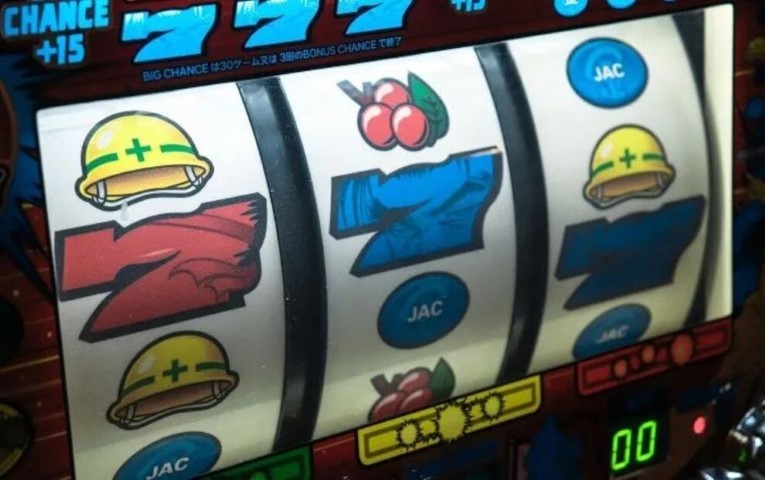 Everyone in this day and age is familiar with the concept of slot machines and their gameplay. Slot machines are one of the simplest games to play on a casino floor, and as such, they can be found in large numbers in any jurisdiction where gambling is legal. But where did they come from in the first place? And how did they get to the point where they now own every casino in the world?

In 1891, Sittman and Pitt in New York built the first machine that could be considered a precursor to the modern slot machine. This early device was nothing like the multicolored behemoth we see today. The player would pull the handle to spin the drums and try to get five cards which would result in a poker hand.

It was small and squat, and it was loosely modeled after poker in that the player would pull the handle to spin the drums. The game cost one nickel to play, but the value of the prize was determined by the location of the machine. Some establishments provided free drinks, while others provided free cigars. Due to the vast number of possible winning combinations and combinations themselves, it was impossible to implement automated payouts on these antiquated devices.

The next stage in the evolution of slot machines is not nearly as well understood. Between the years 1887 and 1895, a man named Charles Fey built a much simpler version of this first machine. [Citation required] Instead of being based on poker hands, Fey chose to replace the poker cards with symbols and condense them onto three rather than five reels. As a result, Fey was able to reduce the number of symbols required to play the game. As a result, the process of winning was made much easier, and an automatic way to pay out winners was put in place. These machines quickly gained widespread popularity, leading to their prohibition in 1902.

Even though the law says that slot machines are illegal, they are still being made better. Manufacturers got around the annoying law by giving candy and chewing gum as prizes instead of cash. This is where the first machines with well-known fruit pictures were put together. The fruit that was represented determined the variety of candy that a player would win, so including them was a way to make the game more user-friendly while still giving everyone what they wanted. Work on a newer, more advanced machine was put on hold for a while, but by the start of the next decade, these simple slot machines were in almost every place you could think of, from bars and stores to bowling alleys.

In 1963, the first slot machines with electric power and mechanical controls were made. This was the beginning of the modern slot machines we know today. Money Honey was the first slot machine of its kind, and it did not require the operator to pull the lever on the side of the machine for it to work. Some new machines still have this lever, but it’s just for looks because the reels are now spun by a computer instead of by hand.

This breakthrough was quickly followed by the creation of the first video slot machine, which was manufactured in 1976 in the state of California by a company called Fortune Coin, which was based in Las Vegas. The first machines were put up for testing at the Hilton Hotel in Las Vegas. They were a smashing success.

The Nevada Gaming Control Board quickly gave its approval to install these high-tech slot machines, which were then spread all over the state of Nevada. In US casinos, the first modern slot machines with a second bonus screen and the chance to win more money didn’t come out until 1996. On the other hand, these machines are very different from the ones found in casinos today. In 1994, Australia made the first dual-screen slot machine.

At the turn of the century, gambling became available online at the same time that virtually every other aspect of our lives moved to the digital realm.

Because gambling is heavily restricted in some parts of the United States, running an online casino can be a difficult task. MGM, on the other hand, has not been discouraged. Thanks to new software made by MGM resorts and casinos for the web, people who go to Las Vegas can now gamble from the comfort of their own homes. Instead of charging them, each person is given a certain number of free coins per day (although further spins can be purchased…).

The player does not win money, but rather prizes that can be redeemed at any of the MGM resorts or casinos in Las Vegas. This is done to ensure that they do not encounter any problems later on. At first glance, this appears to be a fantastic offer. However, further examination of the prizes reveals that this is not the case. Some of the advantages include many things, such as “buy one, get one free,” “free lodging for one night,” or “20 percent off” for a specific event. Your trip to Las Vegas and stay at an MGM resort would be made possible by all of these benefits, but you’re likely to spend far more money there than the prize was worth.

Online casinos are available to residents of states where online gambling is legal, such as Nevada. At these casinos, players can wager real money and potentially win more real money. On the other hand, the procedures for depositing money on these sites can be time-consuming, and the methods for withdrawing money can be difficult. Also, these sites are often shut down by the government for no reason, and the US government has the power to quickly seize and keep any money that is held on these sites without giving it back.

Bitcoin, the world’s first decentralized cryptocurrency, was first introduced in 2009. Also, because this money is held in digital form, there is no longer a problem with withdrawing money over the internet. Because Bitcoin made it easy to send money over the internet, several online Bitcoin slots came into being. MintDice is now one of the best, even though it only opened its doors in 2019. At the time this article was written, they had three different slot machines that were blue, green, and red. MintDice is not the only website with a modern payment system that accepts and pays out in cryptocurrencies.

Each slot machine has a distinct appearance and method of dispensing winnings. When you play one of these slot machines, you can choose how much money you want to risk, which is a feature you won’t find in a traditional gambling establishment. On MintDice, the green machine is the most dangerous, followed by the blue machine, which is the least dangerous, and finally the red machine, which is the most dangerous. This is a fantastic feature, especially if you’re the type of gambler who gets easily anxious and prefers to play it safe. However, if you want to win big, you must play big, so I recommend you try your luck with the red machine.

MintDice is not the only website with a modern payment system that accepts and pays out in cryptocurrencies. This modernization has rendered the act of pulling a wooden lever that spins five drums and pays out in beer completely obsolete. Where will the next technological leap take us?